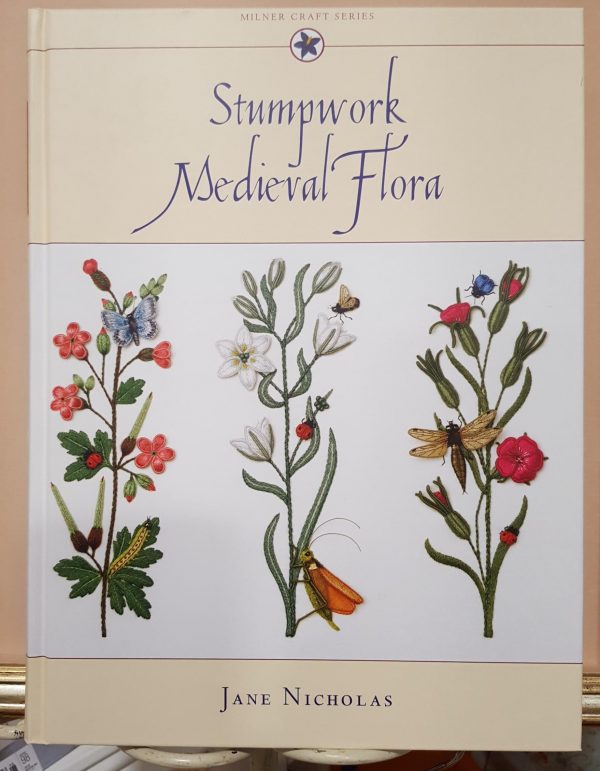 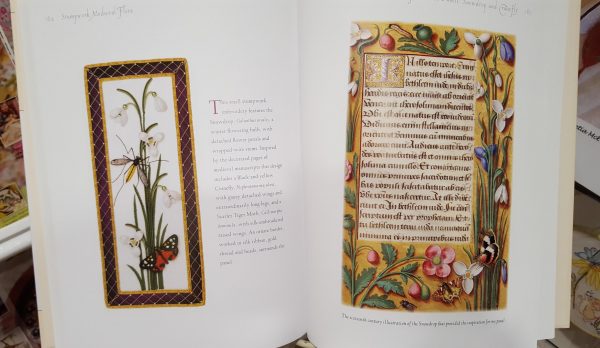 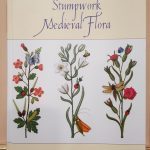 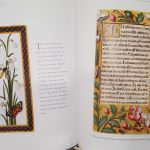 Long fascinated by the illuminated manuscripts of the medieval era, Jane Nicholas has brought them to life in this beautifully illustrated book. Drawn from the decorative panels and and borders in the Book Of Hours created by Jean Bourdichon in the early sixteenth century, Jane has chosen eight flowers and interpreted them here in stumpwork. Five are worked as botanical specimens, and the other three, also botanically accurate, and are presented as illuminated panels with richly coloured borders embellished with gold thread and beads.

Each panel includes detailed  insects, done in realistic fashion, faithfully interpreted in fabric, wired, beads and threads. Requirements and detailed instructions are given for each panel, along with tracing patterns and explanatory diagrams.